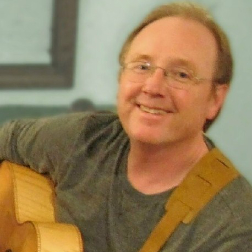 Originally from Aberdeen, Scotland, Allan is an award-winning traditional style musician who has performed throughout the UK and United States melding both American and Scottish traditional and original music with his wife, fiddler Janie Rothfield and their various bands and ensembles over 40 years! Allan has over 10 recordings to his credit and has taught guitar and Scottish ballad singing at Janie's Jumpstart, Banjo Camp North, Festival of American Fiddle tunes and numerous workshops and festivals around the world. His old time guitar skills come from years of playing in sessions, and listening to source recordings of old time musicians and inventive back up style both on guitar and upright bass.