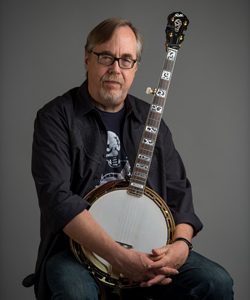 Tony Trischka has been expanding the boundaries of the banjo for 45 years. He’s written many important banjo history and instructional books and has been a frequent banjo columnist for many magazines. Tony has created many instructional recordings and been on faculty at instructional camps nationwide. He has a lengthy list of solo and group recording credits, and is featured on many duet, anthology, and special-project recordings. Tony's Grammy-nominated Double Banjo Bluegrass Spectacular won three 2007 IBMA awards. His Tony Trischka School of Banjo has revolutionized on-line instruction. Tony is a 2012 United States Artists Friends Fellow, a multi-Grammy Nominee, and recipient of the IBMA Lifetime Achievement Award.