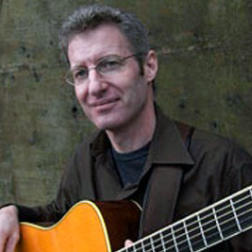 Lincoln Meyers is an award winning guitarist who has been on the New England music scene for the past eighteen years and has been playing professionally for thirty. Lincoln, who was featured on the cover of Flatpicking Guitar magazine’s November/December issue 2010, has toured the world and performed with bands including Erica Brown & The Bluegrass Connection, The New England Bluegrass Band, Tony Trischka, April Verch, and most recently Frank Solivan and Dirty Kitchen. Lincoln is a veteran instructor, teaching private lessons as well as being involved with and conducting guitar workshops and seminars around the country. Lincoln is currently an instructor at “317 Main St.,” a community music school in Yarmouth, Maine.